How to Save on a Trip to Our National Parks

Here's when you can find the most affordable rates at accommodations near 16 popular parks.

At America’s most popular national parks, travelers are greeted with everything from one of the country’s oldest mountain ranges to terrain dotted with as many trees as all of Europe, which is why the locations often draw large crowds.

This can often mean higher accommodation rates when staying around the parks, which is why Priceline took a look at 16 of the most popular parks to pinpoint the most affordable time of the year to stay at accommodations ranging from hotels to lodges and bed and breakfasts near each park.

To determine this, Priceline looked at weekly hotel bookings from 2017 to 2018, selecting nearby locations that offered an ample amount of lodging and were around an hour-and-half drive or less from the park.

For cases where there was only one main city or location near the park, Priceline looked at lodging solely for that area. In instances where a park had multiple entrances or spanned a larger territory, Priceline looked at the nearest locations that offered ample lodging availability and were easily accessible by car.

Great Smoky Mountains National Park was the most popular park for 2018, drawing in more than 11 million visits for the year. The park, which borders North Carolina and Tennessee, is home to one of America’s oldest mountain ranges, over 90 historic structures, and an array of wildlife inclding some 1,500 black bears and 65 different mammal species.

Accommodations at Tennessee’s Gatlinburg and Pigeon Forge and at North Carolina’s Cherokee and Bryson City are most expensive from July and October, when daily rates average over $120.

January and February are the most affordable times to visit to get daily rates between $86 and $100, with Pigeon Forge offering the best rates overall at $109 a day throughout the majority of the year.

Arizona’s Grand Canyon National Park is the second most popular, drawing in over six million visits in 2018. The most crowded times at the park tend to overlap with the most expensive times for lodging, which fall between May through June in Flagstaff and Page. Average daily rates during this time are around $143.

Meanwhile, the cheapest times coincide with some of the least-crowded months for the park, which fall between October and January. During this time, average rates can be as low as $75, while winter is also when park representatives recommend visiting to take in popular hikes like the Bright Angel Trail without the crowds and to experience dramatic storm clouds in the park that few travelers ever get to see.

Colorado’s Rocky Mountain National Park was the third most popular location, with 4,590,493 recreation visits in 2018. The park is home to a series of hiking trails that weave through lakes and are dotted with wildlife. While the most expensive lodging options at the nearby town of Estes Park are in June and July (over $180 a day), visiting from November through January not only allows travelers to take in the lowest lodging rates, but to also be able to see a different side to the park.

The fall and winter can be some of the best times of the year to see the park’s magnificent foliage in hues of gold, orange, and bronze, and to witness animals like elk, mule deer, coyotes, and large mammals. Average daily rates during November through January are as low as $100.

Utah’s first national park, Zion National Park,  is a popular option thanks to its combination of large sandstone cliffs in hues of pink and red and hikes that weave through canyon terrain. Stays at the nearby cities of Hurricane and St. George are most expensive from February through April, with average daily rates of $116. The most affordable rates are available in December and January at an average of $80 per day.

Hurricane, Utah offers the most affordable options throughout the year, with average daily rates of $94, while visiting in the winter also allows travelers to take part in activities that range from scenic drives and hiking to biking at locations like Zion Canyon thanks to low elevation that make for mild weather conditions at the park.

Summer is the busiest season for Yellowstone National Park, which is why staying at various nearby locations (Cody and Jackson in Wyoming, Gardiner in Montana, and Island Park in Idaho) are most expensive in June and July. During these months, average daily rates are $220, while the most affordable rates in November and December come in at an average of $133 per day.

While the months of November and December can be some of the most quiet in the park, allowing for activities away from crowds, travelers need to note that most roads close except for one road on the north side.

Travelers who do head here during this time, though, can take part in activities ranging from viewing geothermal features at Mammoth Hot Springs and enjoying scenic drives with views of elk and bison to skiing and snowshoeing through the park.

Maine’s Acadia National Park drew more than three million visitors in 2018, thanks to its combination of seven different peaks that rise over 1,000 feet, its more than 100 miles of hiking trails, its 45 miles of carriage roads to explore, and its dreamy coastline views.

August is the most expensive time of the year to book stays in the nearby town of Bar Harbor, Maine, with average daily rates at over $210.

November offers the most affordable daily rates at $138, though May can also be a good month for affordable options with average daily rates for lodging starting at $161.

Head to Wyoming’s Grand Teton National Park in November and December to snag the lowest rates at locations that include Jackson and Teton Village. The daily average rate during this time is between $138 and $149, compared to $291 during the most expensive months of June and July.

While Grand Teton National Park can be stunning in the fall with its colorful foliage, winter also offers opportunities to explore the park away from large summer crowds and take part in cross-country skiing, snowshoeing, and snowmobile rides. A variety of tours are also available for travelers in the winter.

Washington’s Olympic National Park combines a variety of scenery to give visitors the feel they’re visiting three parks in one. The park is home to dense forests, miles of coastline, and soaring peaks dotted with glaciers.

The peak season at the city of Port Angeles is during July and August, with average daily rates of more than $160, while traveling in both March and October through December offer the most affordable rates with average daily prices ranging from $84 to $99.

Besides the famed trees and their unusual shapes Joshua Tree National Park is known for, it is also a prime destination for stargazing thanks to dark night skies.

The month of April is the most expensive time to head there, with average accommodation rates at the nearby cities Indo and Palm Springs coming in at over $250.

Traveling in July brings in the most affordable rates at $118, but high heat means visitors need to take precautions like hiking in the early morning and carrying at least double the amount of water they normally would, according to park representatives.

A popular activity during this time is to drive through the park to take in its formations and views before having an al fresco picnic to enjoy its scenery, all while still keeping cool.

Ohio’s Cuyahoga Valley National Park is home to the winding Cuyahoga river, which carves through the park and its surrounding terrain of forests, rolling hills, and farmlands.

The park is in close proximity to Akron and Cleveland, with the most affordable options available from November through December. Average daily rates during this time fall between $109 and $119, though staying in Akron can bring in even cheaper daily rates at an average of $78.  August is the most expensive month, with average daily lodging rates of $130.

The park’s more than 125 miles of hiking trails stay open throughout the year, with many of them becoming all the more scenic as winter arrives.

Missouri’s Gateway Arch National Park is home to the 630-foot Gateway Arch and the Old Courthouse, where the first two trials of the Dred Scott case took place and where Virginia Minor’s case for a woman’s right to vote went to trial in the 1870s.

Prices in St. Louis stay relatively steady throughout the year, though June and July are the most expensive times to book stays, with average daily rates coming in at $118. Prices for the rest of the year hover around $102 to $114, though December and January offer daily rates that can often be slightly under $100.

Winter often offers mild temperatures and no lines to take the park’s tram or explore its offerings, which is why park representatives also say it’s a “perfect time to visit.”

Indiana Dunes National Park might be the country’s most recent national park, but that doesn’t stop it from being one of the most popular locations with close to two million visitors in 2018.

The park is home to 13 miles of the Lake Michigan shoreline, offering beaches, woods, prairies, dunes and more.

The most affordable time for stays at the nearby locations of Chesterton, Michigan City, and Valparaiso is between November and January, when daily rates average between $81 and $87. Overall, prices don’t escalate too high, with the most expensive options from June to August averaging $112 per day.

The park’s popularity has created an overall rise in accommodation prices in the nearby towns of Lone Pine and Pahrump, according to Priceline representatives, with the most expensive options arriving April through July with average daily rates of $140.

The most affordable rates come in November and January, when visitors can find daily rates ranging between $80 and $91. The periods after Thanksgiving and before Christmas are also the least-crowded at the park, according to park representatives, with a combination of snow-capped peaks and winter light making it a beautiful time to explore the park in serenity.

Utah’s Arches National Park is known as a “red rock wonderland” thanks to its thousands of stone arches that rise in intricate shapes in hues of red.

Thanks to the hot temperatures in the area, visiting in December gives travelers a chance to take in the park’s beauty with less crowds and mild weather that makes strolling through its terrain all the more enjoyable. Ranger-led hikes and campfire talks start in the winter, while 25 camping sites are available between November and February.

Washington’s Mount Rainier National Park is home to the towering Mount Rainier, which rises more than 14,000 feet above sea level and stands as the most heavily-glaciated peak in the lower 48 states.

July and August are the priciest times to stay in the nearby cities of Olympia and Tacoma, with daily rates averaging $119.  November through December offer some of the most affordable options with average daily rates ranging from $86 to $97, while April can also offer average rates as low as $97.

Locations like Paradise, famed for the views it provides, becomes a winter wonderland to provide snowshoeing, cross-country skiing, and tubing in late December. Meanwhile, the park starts to see snow in late October, creating magical scenery throughout its grounds.

Located in Virginia, Shenandoah National Park hosts everything from cascading waterfalls and over 500 miles of hiking trails to incredible fall foliage.

Park representatives say winter is one of the better times to visit to catch woodland animals ranging from deer to squirrels and turkey that forage for food, while the combination of falling leaves and improved visibility with cooler temperatures means views of the valleys and mountains are “more spectacular than ever.” 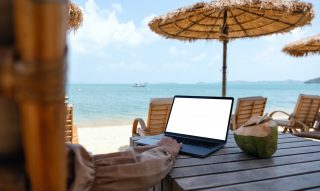