NORWALK, Conn., Dec. 17, 2014 . . . As the New Year rolls around, priceline.com’s latest data reveals that the majority of travelers will be heading to warm-weathered cities, which dominated its annual list of top 2015 destinations, based on advanced hotel reservations. From Orlando to Oahu, Costa Rica and Barcelona, travelers are in favor of ditching the snow for sandy beaches and enjoying a relaxing getaway.

“Within the U.S., Las Vegas continues to be a hot spot in the New Year, followed by New Orleans, Miami and Fort Lauderdale – all three cities flew to the top of this year’s list of places to visit,” said priceline.com travel editor Brian Ek. “If interested in traveling abroad, must-visit international destinations include Cancun, Cozumel, Costa Rica and Los Cabos, demonstrating that Latin America is a trendy travel hot spot for 2015.”

For the most bang for your buck, travelers should consider taking a vacation in either Dallas, TX or Salt Lake City, UT, both of which showed the lowest average daily hotel room rates on priceline.com in 2014. Dallas boasts many attractions, including a lakeside Botanical Garden and an indoor ice rink in the Galleria shopping complex connected to a major hotel that’s convenient for travelers. Salt Lake City claims to be the Genealogy Capital of the World where travelers can check out the Family History Library, all while enjoying sweeping, mountainous views.

Other value destinations with the lowest average daily room rates include:

Priceline.com’s 15 Most Affordable Destinations for 2015
(Based on 2014 ADRs on priceline.com)

Those looking to get the best hotel and airfare deals in 2015, in addition to the list above, can also try priceline.com’s Name Your Own Price® offering for up to 60 percent off hotel retail rates and up to 40 percent off airfare by bidding on the room and tickets. Last-minute travelers can grab great deals on priceline.com’s mobile app, which offers Tonight-Only hotel deals for savings up to 50 percent or more, and Air Express Deals® for an average of 20 percent additional savings off of the lowest retail prices.

Priceline.com’s Top 2015 Travel Hot Spots
(Based on advance hotel reservations made on priceline.com)

*Denotes cities that were not included on priceline.com’s 2014 top destinations list. 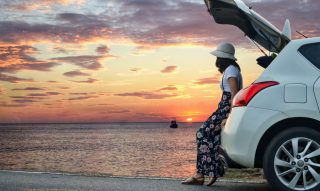